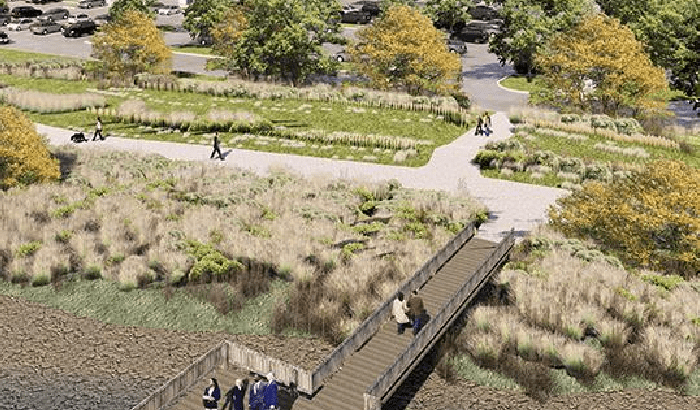 A year ago, UrbanTurf reported on a preliminary concept to replace a North Capitol Street market with a hotel/residential development. Now, the Capitol Food Mart has been razed and development looks eminent.

Maedwell Companies is working on a hotel/condo/restaurant development at 1634 North Capitol Street NW (map). An iteration of the project designed by Square 134 Architects received Historic Preservation Review Board approval in January.

Previously, reports cited a restaurant on the cellar and street levels, with two floors of hotel rooms beneath a floor of condos.